The Omas Paragon Vintage 2014 Blue Saffron Celluloid is an integrated piston filled fountain pen made of celluloid. The Blue Saffron is a modern reissue of a series of rare Limited Edition fountain pens launched decades ago. It comes in a numbered, Limited Edition of 131 pieces in each trim worldwide and is presented in a standard box, lined with velvet and containing a pen sheath, guarantee booklet and quality control card. 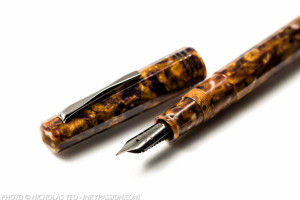 There are a number of instances in which Omas manufactured “Blue Saffron” fountain pens. The 2011 “Blue Senape” was released to commemorate the 80th Anniversary of the Arte Italiana collection. Some sites have wrongly claimed that the Senape was launched on Omas’ 80th Anniversary. As Omas is commemorating the brand’s 90th Anniversary in 2015, we know that to be untrue. The 2011 edition was limited to 40 pieces each in gold and silver trims while the 2014 reissue comes in gold, silver and ruthenium trims.

The Blue Saffron is distinguished from its predecessors in the fact that it has a clip without the trademark rolling wheel. Instead, the pen is fitted with a sleek, flat “tie” clip similar to the ones seen on old Omas Extra fountain pens. It also does away with the Art Deco styling seen on the 2011 Blue Senape in the form of a cap ring comprising of Greek Key motifs – in its place are three rings like those seen on the 2013 Extra Lucens. 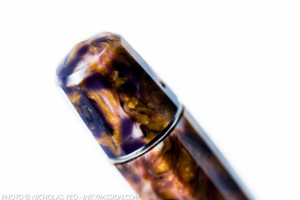 Constructed from cellulose nitrate, the 2014 Omas Paragon Blue Saffron has a twelve-faceted (dodecagonal) appearance and feels waxy to the touch. It has a darker appearance compared to the original, and a close examination reveals a combination of gold, white and dark blue bits which look brownish from a distance.

The Blue Saffron gives off a faint smell of camphor, strongest when the opening of the cap is held to one’s nose. This distinctive scent is an indicator that the fountain pen is constructed from real celluloid. Celluloid is a synthetic thermoplastic made from nitrocellulose and camphor.

First manufactured as Parkesine in 1856 and Xylonite in 1869, the material was registered as “Celluloid” in 1870. It was primarily used in the photographic industry, however the material was highly flammable, expensive to produce and later replaced by cellulose acetate, a more stable material still used today. 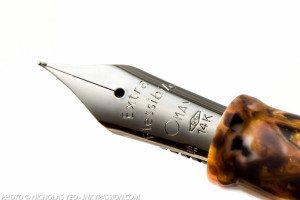 Cellulose nitrate would ignite when exposed to temperatures of approximately 150°C – such as under the beam of a movie projector. Also known as “guncotton”, it was also produced industrially for use in modern firearms – nitrocellulose has about six times the gas production of an equal volume of black powder, making it ideal as a projectile driver.

The material was also used to manufacture household items such as jewellery, dolls and table tennis balls. As it aged, celluloid was prone to degradation and would become brittle or deform. This is why Omas subjects the material to a battery of tests and strict quality control before production. Owners of celluloid pens must care for their pens by storing them in the right environment and protecting them from corrosive materials and prolonged exposure to ink.

As with most Omas fountain pens, the Blue Saffron is fitted with an Omas ebonite feed. It provides adequate inkflow to the flexible nib, which is an ink guzzler. While the piston has admirable ink capacity, it is not as large as those found on modern Paragon fountain pens. The Extra Flessible nib has a rather soft feel and can be described as having the touch of a fine felt tip pen. Little effort is required for writing, and slight pressure produces line variation. That being said, the nib is a very smooth daily writer.

The Omas Paragon Vintage 2014 Blue Saffron is a classy Limited Edition which has a modern twist to it. The ruthenium trims are refreshingly high tech and complement the appearance of the celluloid. The replacement of the Greek Keys with three rings and the new “tie” style clip without roller is also a good change to an otherwise classically styled pen.

The only catch with celluloid pens like the Blue Saffron is that they are extremely lightweight and sometimes feel lighter than resin. This is why the pen is certainly not suitable for everyone – especially those accustomed to using large pens and those constructed with a solid metal barrel. 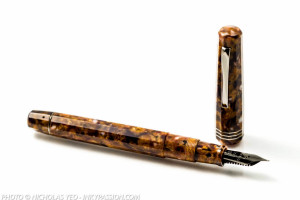 Despite its rather high price, the Blue Saffron is a great choice for those who enjoy the beauty of Omas’ high quality celluloid. Brands like Omas often relaunch old designs which are highly sought after by collectors – the Omas Blue Saffron is one of these models, and therefore offers a great opportunity to purchase one. Tempting as it is to hoard Omas’ beautiful celluloid pieces, care must be taken not to accumulate a collection of similar designs – variety is indeed the spice of life! 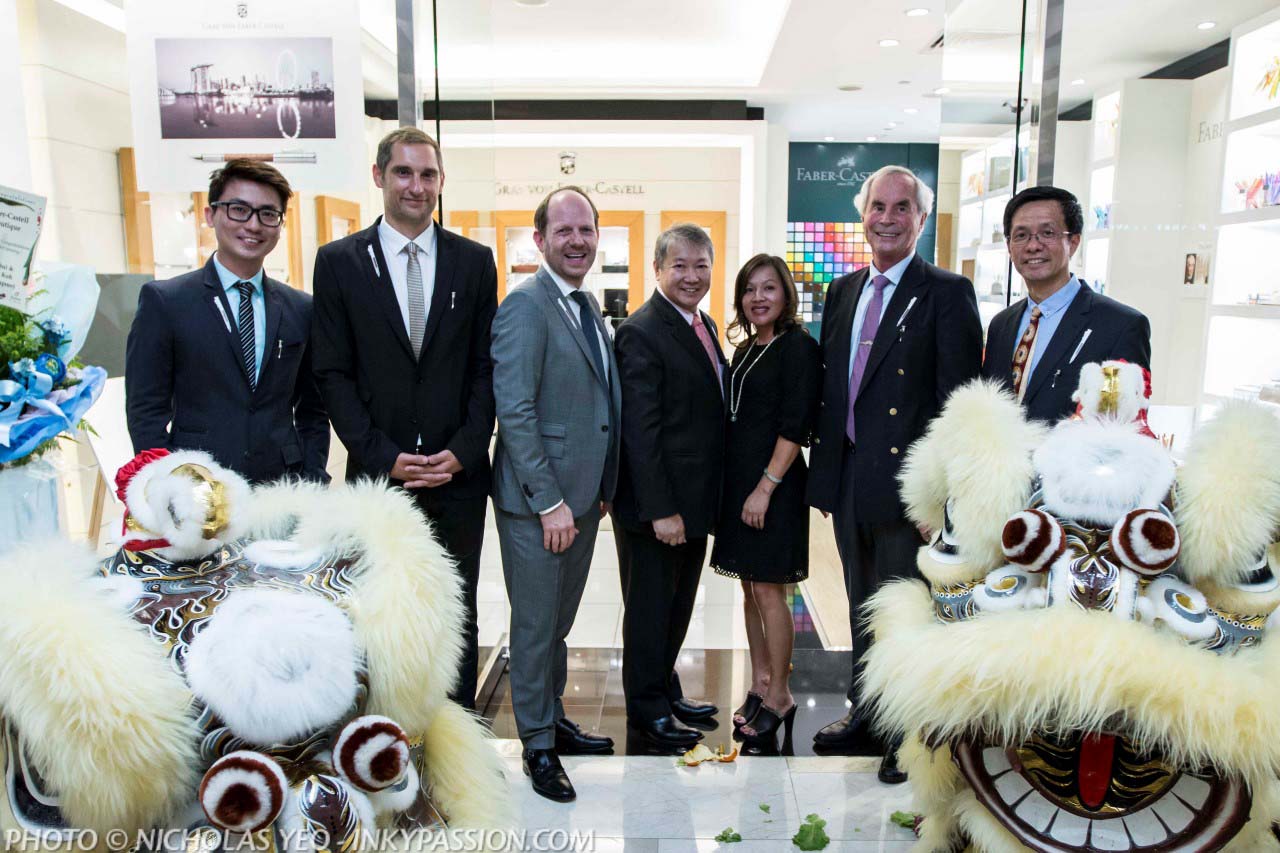 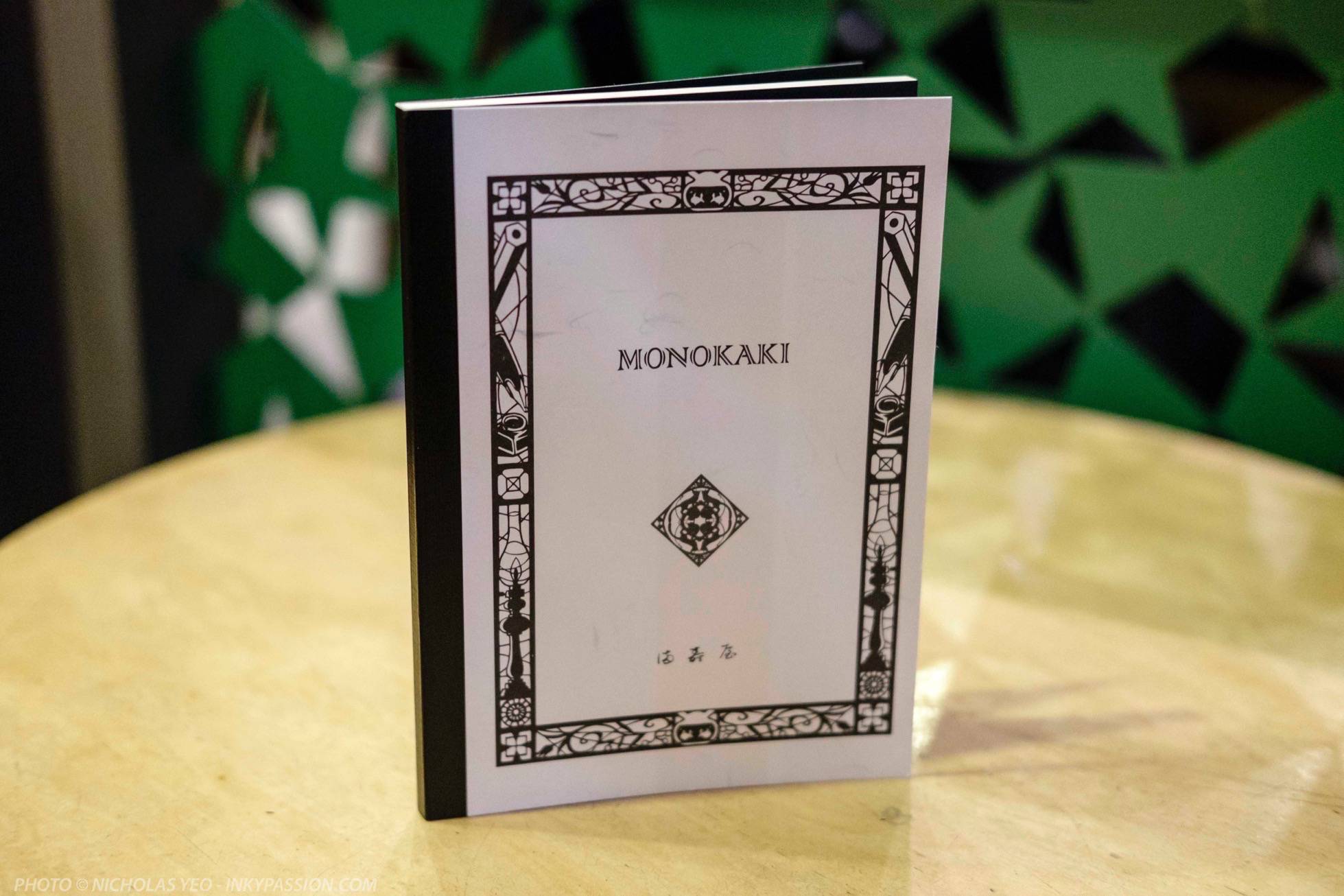 Monokaki – the notebook for novelists